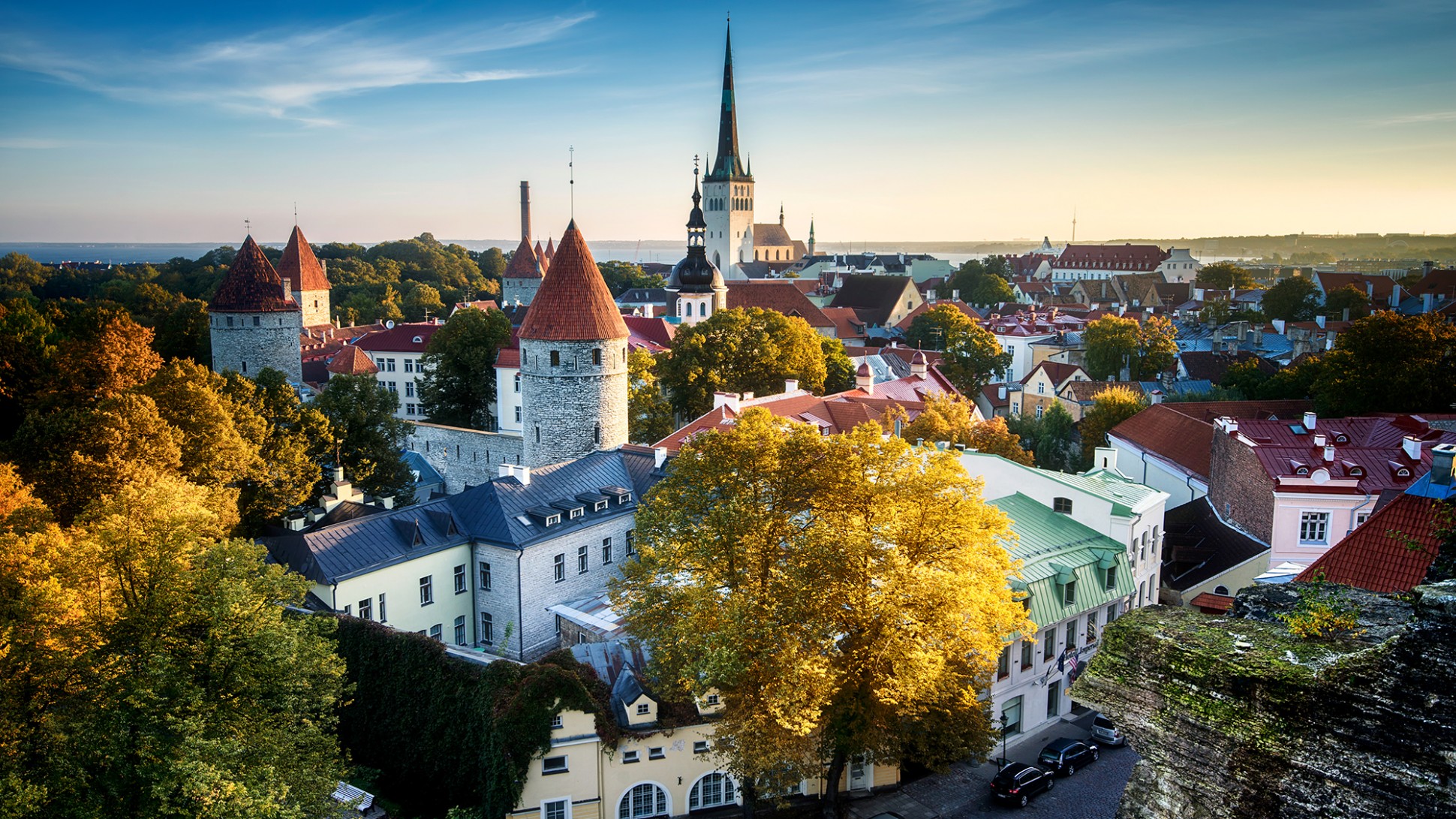 Estonia, having 1.4 million inhabitants, is visited by three million tourists each year. The distance from Tallinn to Helsinki is only 80 kilometres. Estonian language belongs to Finno-Ugric group, Estonians easily understand Finnish. Estonia is a country of pictorial nordic beauty, boasting the longest seashore (1250 km) of the Baltic States, and has a lot of islands

Estonians settled in these lands about in 2500 BC. This area has always been within the focus of political interests of its larger neighbours. In the 13th century the western and southern part of Estonia belonged to the germanic Livonian Order, and the northern part was ruled by Denmark.
Though conquered, Estonians were not overshadowed by German culture and, over many centuries, resisted the temporal ruling of the Danish, Polish-Lithuanian, Swedish and Russians in their country. Even being in the constitution of tsarist Russia did not alternate the dominant Lutheran religion and established German administration and traditions.

The geographical situation of Estonia ensured the prosperity of the country in the Middle Ages: four Estonian towns entered Hanseatic League. The best known among them was Reval (Tallinn), which connected to Hansa in 1285. Tallinn is the finest surviving medieval town in Europe. 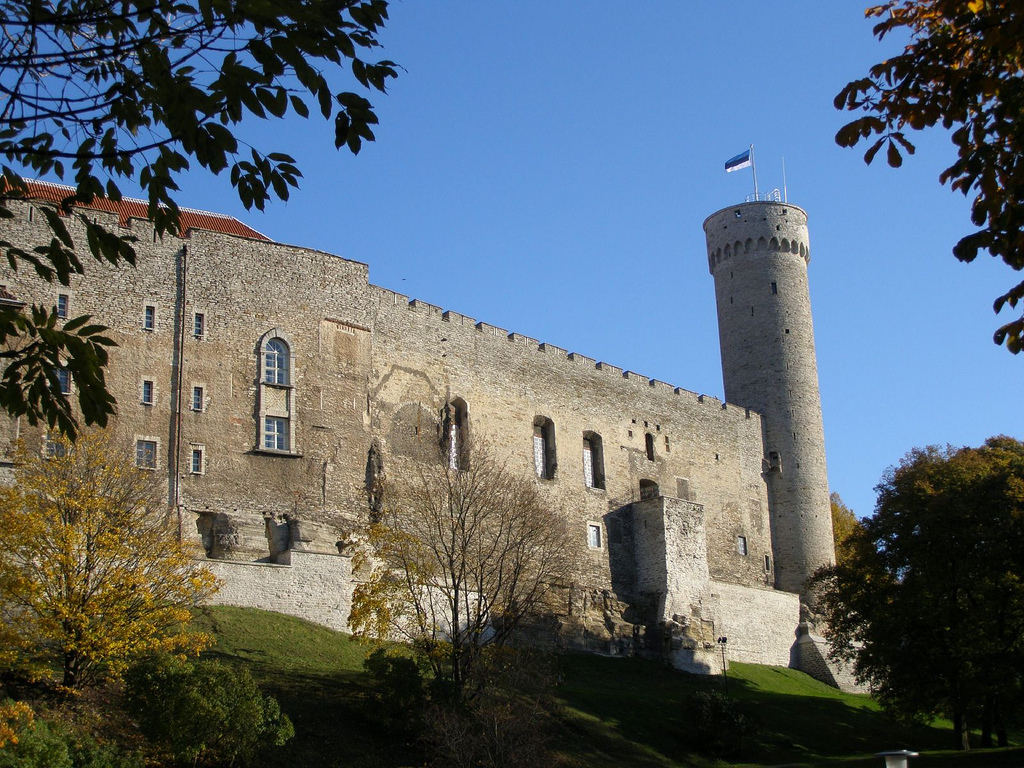 Finland Bay is surrounded by rocky coasts. Here is the famed Lahemaa National Park with its coasts ribbed by shelves, large forests and swamps, and pedestrian paths – the dream of nature lovers.

The main Estonian resorts are situated along the western coast. The prime resort is Pärnu, called the summer capital, boasting a wonderful 3 km length beach.
Tartu, the second largest city and famous for its old university (1632), is situated in the south. In the spectacular old town you can find Estonia’s oldest red brick church, St. John’s, a defensive wall built by the Swedish and Russian invaders and other sights.
Medieval castles, elegant renovated manors and waterfalls mark the 200 km segment from Tallinn to Narva, a town situated in Estonia’s extreme east. Here two cultures – east and west – meet and mix with each other. The river marks the boundary between Estonia and Russia.

The national rebirth of nations, which started in Europe at the end of the 19th century, also involved the north western provinces annexed by tsarist Russia. The tsarist empire, called “European gendarme” had to face the declaration of independent Estonia in 1918. Once more it succeeded to peacefully free itself from the annexation of the Soviet Union and rebuilt its statehood in 1991. 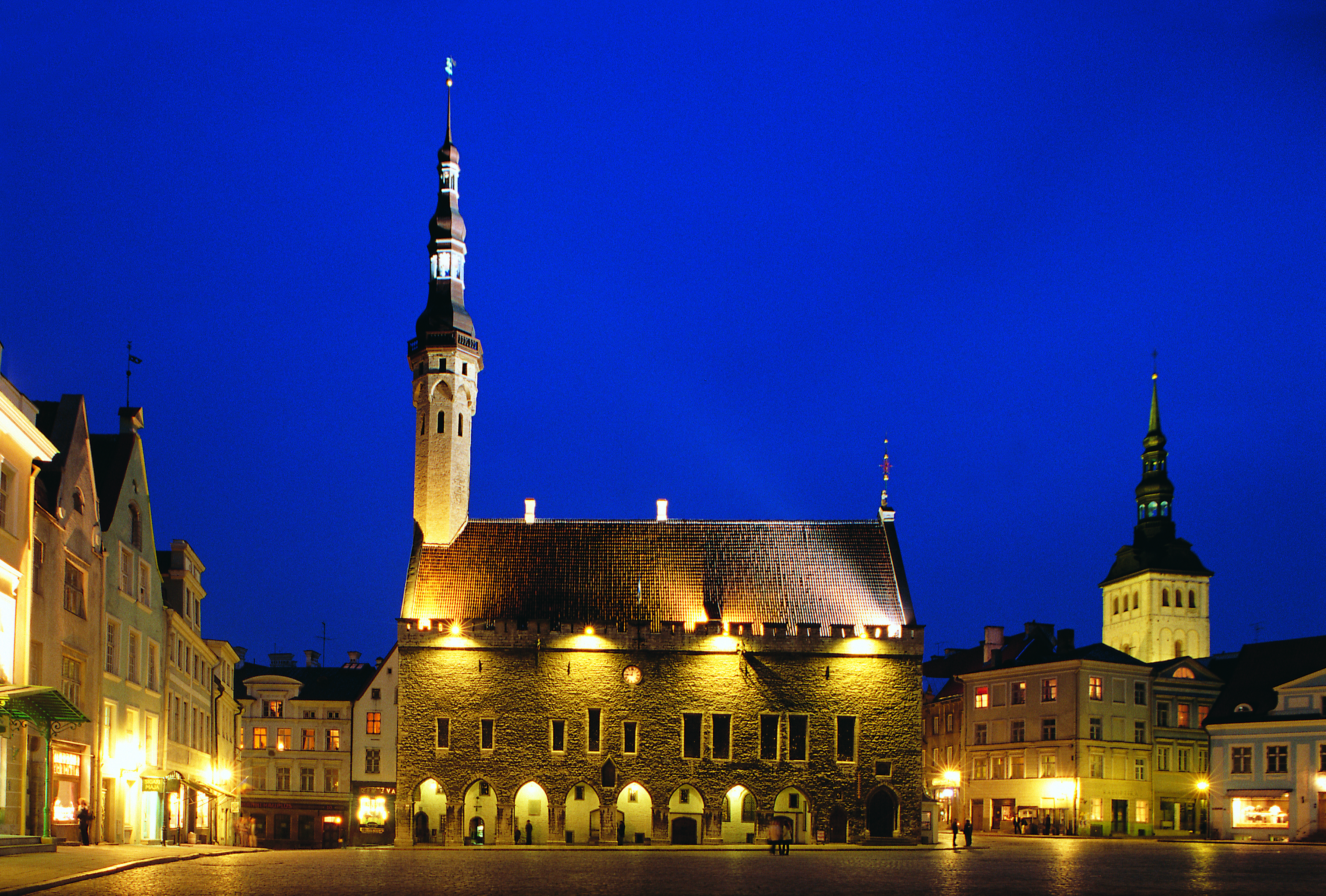 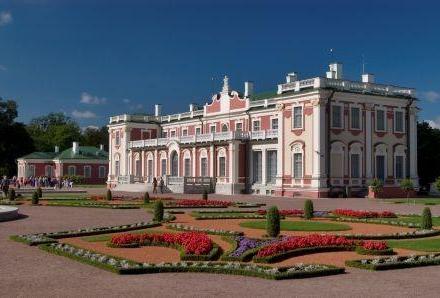 In 1219 this trading harbour was occupied by the Danish king Valdemar II and named Reval (until 1917). Membership in the Hanseatic League influenced the prosperity of the town.
Until the end of the 16th century one of Northern Europe’s strongest town wall with defensive towers was built here. The medieval stronghold safely surrounded the town centre from the end of the 18th century. The round Kiek-in-de-Kök cannon tower (15th c.) has become famous in all the Baltic countries.
One of the oldest and largest Estonian architectural assemblies is Toompea Castle (14th c.), built on the sharp limestone crest in the Upper town, was the symbol of the ruling. Today it is the seat of the Estonian Parliament.
On Toompea Hill there is the main Lutheran Church in Estonia, the oldest Domas Cathedral (1233), one of three medieval churches still working in the town. The baroque altar fixes the attention in the interior, as do the works hewn from stones in the 14-18th c., the gravestones and the wood carved armorial shields of noble Baltic Germans.The symbol of Tallinn is the gothic Town Hall – the best extant medieval town hall in all Northern Europe. Built in 1322, it acquired the present view and interior plan after reconstruction in the beginning of 15th c. Its spacious basement with three naves is open for visitors as an exhibition hall.The best way to get acquainted with the Lower Town is from the Town Hall Square – the place of the main market and fairs, and, a long time ago, of executions. Nowadays it is surrounded by summer coffee houses. Concerts and needlework fairs take place in the open air. In winter, people gather around the Christmas tree and the main Christmas market.The second largest medieval secular building after town hall was the Great Guild (Hall), uniting rich merchants, from whom the town mayor was elected. Before the acceptance to the Great Guild, young single merchants, including foreign merchants who temporarily settled in the town, became the members of Blackheads’ Brotherhood. The Blackheads’ Brotherhood building is the only extant building of the Renaissance epoch in the town.
you most likely will not be given snake poison as in old times, but surely you will be able to taste the marvellous claret made here. The medieval atmosphere is also felt in the old, since 1422, working Apothecary, or in St. Catherine’s Passage, filled with small shops.